N. Hasto Kristiyono completed his bachelor's degree in Mechanical Engineering at Gadjah Mada University, Yogyakarta and continued his certification training for business finance and Engineering, at Montana Tech of The University of Montana, Butte, MT, USA, in 1996. He continued his education in the Executive Education Program at Harvard Business School, Boston, USA in 2011, and finished his Master of Management at Pelita Harapan University in 2017. In early 2021, he finished his Doctoral Research in the Management program, Pelita Harapan University in collaboration with the London School of Economics and the University of Paris 1 Pantheon-Sorbonne.

Andriah Feby Misna was appointed as Commissioner based on Shareholder Resolution dated 8th January 2019. Started her career at the Ministry of Energy and Mineral Resources in 1996, and she has several leading positions. She was the Head of the Sub-directorate of Investment and Cooperation of Various New Energy and Renewable Energy, and now she serves as Director of Bioenergy, Directorate General of New Renewable Energy and Energy Conservation, Ministry of Energy and Mineral Resources.

Andriah Feby Misna completed her Bachelor's Degree in 1994 at Syah Kuala University, Aceh, majoring in Chemical Engineering and her master's degree in the Double Degree Program: Development Planning & Management Infrastructure at the Bandung Institute of Technology (ITB) and Environmental & Infrastructure Planning at the University of Groningen, The Netherlands (2007).

Dwi Agus Setiawan completed his Bachelor's Degree in Management Economics from the University of Jember in 1987, and his Master of Management at IPMI International Business School, Jakarta in 2003.

David Bingei, CF (ICAEW), M.Sc (LBS, UK) was appointed as Commissioner based the shareholder resolution of PT Pertamina Power Indonesia dated 2nd July 2021. Prior to the appointment, David was the

David Bingei, CF (ICAEW), M.Sc (LBS, UK) was appointed as Commissioner based the shareholder resolution of PT Pertamina Power Indonesia dated 2nd July 2021. Prior to the appointment, David was the Independent Commissioner and Chairman of Audit Committee of PT Pertamina (Persero).

David is the founder of Fidelitas Advisors since 2003; a boutique investment advisory firm and Fidelitas Institute, an ATP (accredited training partner) in Corporate Finance Executive trainings of CISI-UK (the Chartered Institute for Securities & Investments, United Kingdom). For his prowess, David was accredited with a CF qualification (Corporate Finance) in 2007 by ICAEW (the Institute of Chartered Accountants, England and Wales).

He started his career in Bank Niaga and Bank Lippo from 1986-1998. In 1999-2001 he was the Vice President in ABN Amro Bank as Head of Structured & Project Finance and Debt Capital Market Origination & Securities Underwriting. In 2002, he was the Senior Vice President - Head of Corporate Finance of Rabobank International for Indonesia.

David holds a Master of Science in management (1998) from London Business School, Sussex Place, London. His master's thesis was about Enterprise Change Management where he worked under the mentoring of Professor Sumantra Ghosal (1948-2004), whom The Economist named Euroguru. 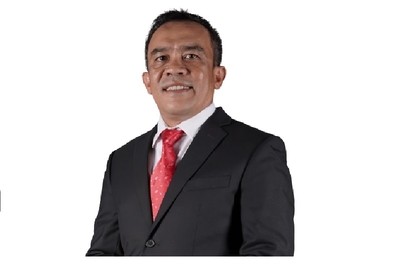 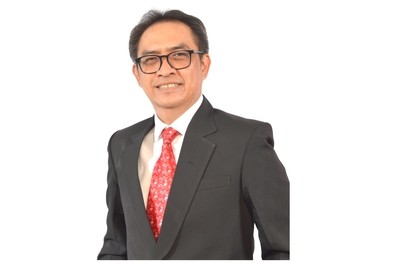 Dody Budiawan was appointed as Director of Project & Operations of PT Pertamina Power Indonesia based on Shareholder Resolution dated 13th June 2020. He was previously Director of Asset Management in PT Kereta Api Indonesia.

Spent most of his career in PT Perusahaan Listrik Negara, Dody was General Manager of Certification, then he continue his duty as Head of Development Department Area Maluku & Papua. Dody holds a Bachelor Degree from Institut Teknologi Bandung (ITB) and Master of Business Administration from University of Missouri, Saint Louis, United State of America.

Iman Hilmansah was appointed as Director of Finance of PT Pertamina Power Indonesia based on Shareholder Resolution dated 15th February 2021. He was previously Director and Head of Corporate Finance Department in PT RHB Sekuritas Indonesia.

Spent most of his career in financial institution, Iman was an Assistant Vice President in PT Ciptadana Sekuritas, Director of Investment Banking and Capital Market Service in PT Danareksa Sekuritas. Iman holds a Bachelor of Business Administration from University of North Texas, United State of America. 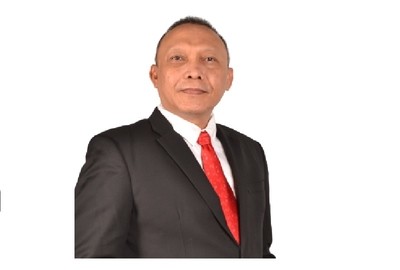